Music has always been an important part of human culture. Music is known to have both physical as well as an emotional impact on humans. When we listen to music our feet start moving in response to its beats, we may even start singing the lyrics, or we may even start dancing. It’s said good music touches our soul.

Music also takes us on an emotional ride. This is the reason that sometimes we smile with a song whereas sometimes we get so emotional that our eyes get filled with tears. No matter which part of the world we belong, we all universally respond to music. Listening to music helps many people in uplifting their mood and even fight depression and anxiety. 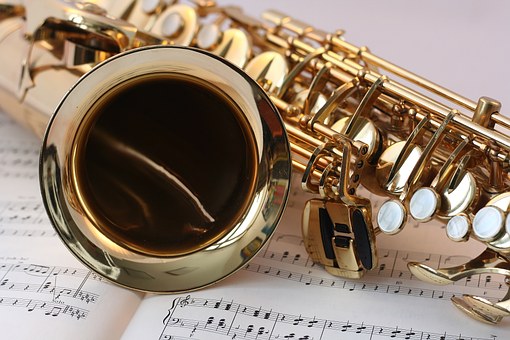 Effects of music on the brain

Various studies have been carried out to understand the relation between music and its impact on our brain. It has been proved that playing musical instruments, singing or listening to music makes an individual calmer, smarter, happier and healthier. Researchers are trying to find out various ways in which music can be beneficial in brain development. The branch which deals with the study of the effects of music on our nervous system is known as ‘Neuromusicology.’

Let us discuss ‘how listening to music or taking music lessons can change mood and brain?’. And also, what effects music has on our memory, emotions, auditory processing, learning, and attention?

Dopamine release: Numerous researches have indicated that singing, listening to music or playing an instrument stimulates emotions. This is because of the formation of certain brain chemicals especially dopamine. Dopamine is a neurotransmitter which is responsible for making us feel happy. When we listen to music, it triggers the brain’s pleasure centers which further stimulates the formation of dopamine. An interesting fact is that this dopamine can further be increased by listening to a shuffled playlist. So now you know why you smile and feel good when you listen to your favorite song.

Similarly learning musical instrument involves both auditory skills and motor skills. The musician needs to learn the visual symbol and translate them on to the instrument that too along with monitoring the auditory output. This results in enhancement of motor and auditory skills in professional a well as amateur musicians as compared to non-musicians.

Stimulates the brain hormone oxytocin: Music is known to trigger the formation of various chemicals in the brain. Oxytocin is one such brain hormone. This hormone is also known as the cuddle hormone, moral molecule, and trust molecule. This hormone plays a vital role in building trust and increasing bonding between people. Several kinds of research have proved that listening to music enhances the formation of oxytocin. A mother singing a lullaby to her baby, playing music in a group or enjoying live music concerts triggers the formation of oxytocin which further enables individuals to trust each and other and also helps them in building a bond of empathy and trust.

Increased brain connectivity: Many a time it happens that when we listen to a particular song, it gives us a nostalgic feeling and takes us down to our memory lane. Researchers are working to understand this connection if music with our memory and thoughts. Various researches have shown that the connectivity between the auditory section of the brain and the section associated with emotions and memories gets enhanced while listening to preferred songs. It has been found that the parts of the brain associated with spatial coordination, motor, and auditory skills are found to be larger in case of musicians. Similar was the case for corpus callosum. It acts as a bridge between the two hemispheres of the brain. It consists of nerve fibers which are responsible for transferring information between these two parts of the brain. Its larger size implies better communication between the left and right side of the brain in other words better connectivity.

Music as a painkiller: In many cases, music therapy is beneficial in reducing pain. Patients undergoing music therapy have reported experiencing less pain as compared to other patients.

Music helps in Neuroplasticity: In case of any injury or damage, our brain forms new neural connections to carry out its functions under the prevailing situation. This turns out to be very helpful in case of brain injury. It has been proved that listening to music or playing any instrument triggers the formation of new nerve cells. In a study, it has been found that patients were able to reconnect o their memories when they were exposed to popular music. Neuroplasticity enables our brain to find an alternate pathway to reach our emotions and memories.

Conclusion:
Music has been part of human life since ancient times. It has been used as a tool to reach god. Good music uplifts the mood and rejuvenates our soul. It has been said that there is no age for learning music. Both kids, as well as, adults can take music lessons to enjoy various benefits of music. In kids, music lessons would help in their brain development. It would also help in boosting their confidence and self-esteem. Adults can use music lessons to overcome stress, anxiety, and depression. Nowadays, music lessons for various instruments are available on the internet. You just have to select and buy the instrument you want to learn, and you can learn it via the internet that too at your choice of place and time.

15 Funny And Unusual Cars That Impressed Us